The castle of La Faye is supposed to have been built little time after the feudal war opposing the "Damas de Couzan en Forez" to the "Meymont d' Olliergues d'Auvergne" (object of a peace treaty written around 1195 to supervise the valley of the river of Giroux known as "La Faye", affluent of "La Dore".

From this first military station 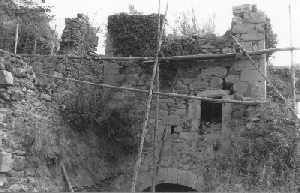 remains the rectangular access tower (later included in the Chapel of which it constitutes a part of the nave by its semi-circular vault) where the chainings of angles and the traces of door frame remain visible, and an archère and a round solid-tower, the whole probably built around 1240.

The Montrevel family who owned the castle then, made adjustments and extensions during one century and a half. It is at the end of this period that this changes were the most important : at such a point that they still condition the aspect and the shape of the main part of the nowadays buildings.
Actually there is one man in particular who was responsible for this changes : Guillaume de Montrevel. Probably brought up and educated in the abbey nearing Thiers where its maternal uncle was abbot, waging war first as a simple knight with five squires under the duke of Berry's and duke of Bourbon's banner, taking part in the crusade of Teutonic knights in Prussia, present at the battles of Rosebecque and Verneuil, adviser and chamberlain of these two dukes, he was thanks to them introduced to the Royal Court. 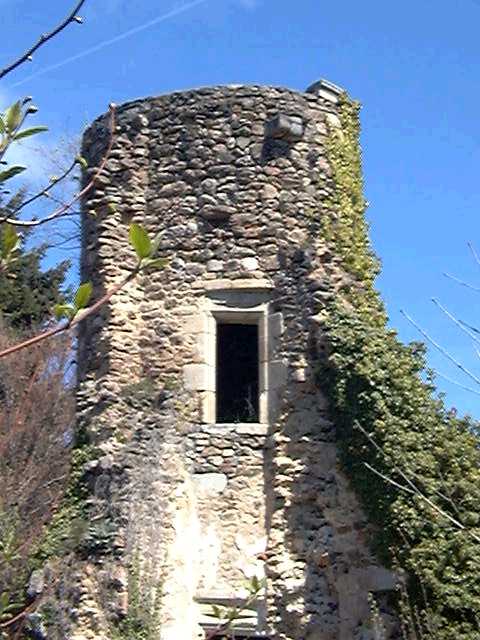 Adviser and Chamberlain of the king, besieging the palate of the popes of Avignon, ambassador in Cyprus, in Spain and England, seneschal of Beaucaire, tutor of the Dolphin, this valiant soldier and diplomat died in December 1413 established so largely its fame that its direct and indirect descendants were keen on keeping from generation to generation, jointly with their name, the nickname of "Hermite de La Faye".
Its fortune went together. He enlarged the old strong house and built the North-East tower remarkably pierced with three drain-holes, the first in Auvergne at that time.

His two sons died at Azincourt, one of his two daughters brought with other lands which he had acquired, the seigneurie of La Faye to the "Boulier du Charriol", small vassals of Thiers. One of them built, among other things, the crowning of machicolation of the large South-East tower. Those, in the absence of heir, gave by donation La Faye to their parent Calard de Frissonnet, from Viverols.

Christophe de Calard redevelopped certain internal parts of the castle and extended the part of the gallery located upon the stables by opening it, by large arched openings, on the viewpoint of Limagne and of the Mounts Dore. His brilliant military behaviour-he recaptured in particular the city of Mende to the captain Merle's Huguenots-earned him major honours and some financial incomes which were certainly invested for parts in the castle.

The"Calard" family passed into female hands bequeathed La Faye to the "Tallaru-Chalmazel" who sold it to the "Simiane" who almost immediately yielded it to the "Provenchères" which therefore has it since three centuries.
If it is currently difficult to find out precisely all the parts of the castle such as described in an inventory written after a death in 1606, from the "Chambre de l'Horloge" to the one of the Endormis, the undertaken caterings make it possible to save a beautiful architectural grouping where methodical excavations, releases and consolidations later will make possible a resurrection of this so particular residence due to its architecture and its history.

In 2001, Mr de Provenchères bequeathed the castle of La Faye to his daughter little time after his marriage. The young couple invests itself since, to bring this millennial site back alive.